Following agreement by the European Parliament and the Council of the European Union on 16 April 2014 to adopt e-Invoicing Directive 2014/55/EU, all European government bodies will soon be required to receive structured electronic invoices from suppliers.

Across Europe (and even further) Peppol is being utilised to help government bodies and their suppliers to comply with these new requirements – enabling both parties to experience the benefits of automated document exchange. Not every country that is obliged to implement e-invoicing for B2G interactions is moving forward at the same speed, however. Nor are regulations in all different countries the same.

In this article we’ll look specifically at the current status of Peppol in Croatia.

Following the agreement of the e-invoicing directive in April 2014, the European Parliament set deadlines of 18 April 2019 for central federal European administrative bodies and 18 April 2020 for local and regional European public sector organisations to comply.

Croatia is one of the first countries in Europe to meet these deadlines. 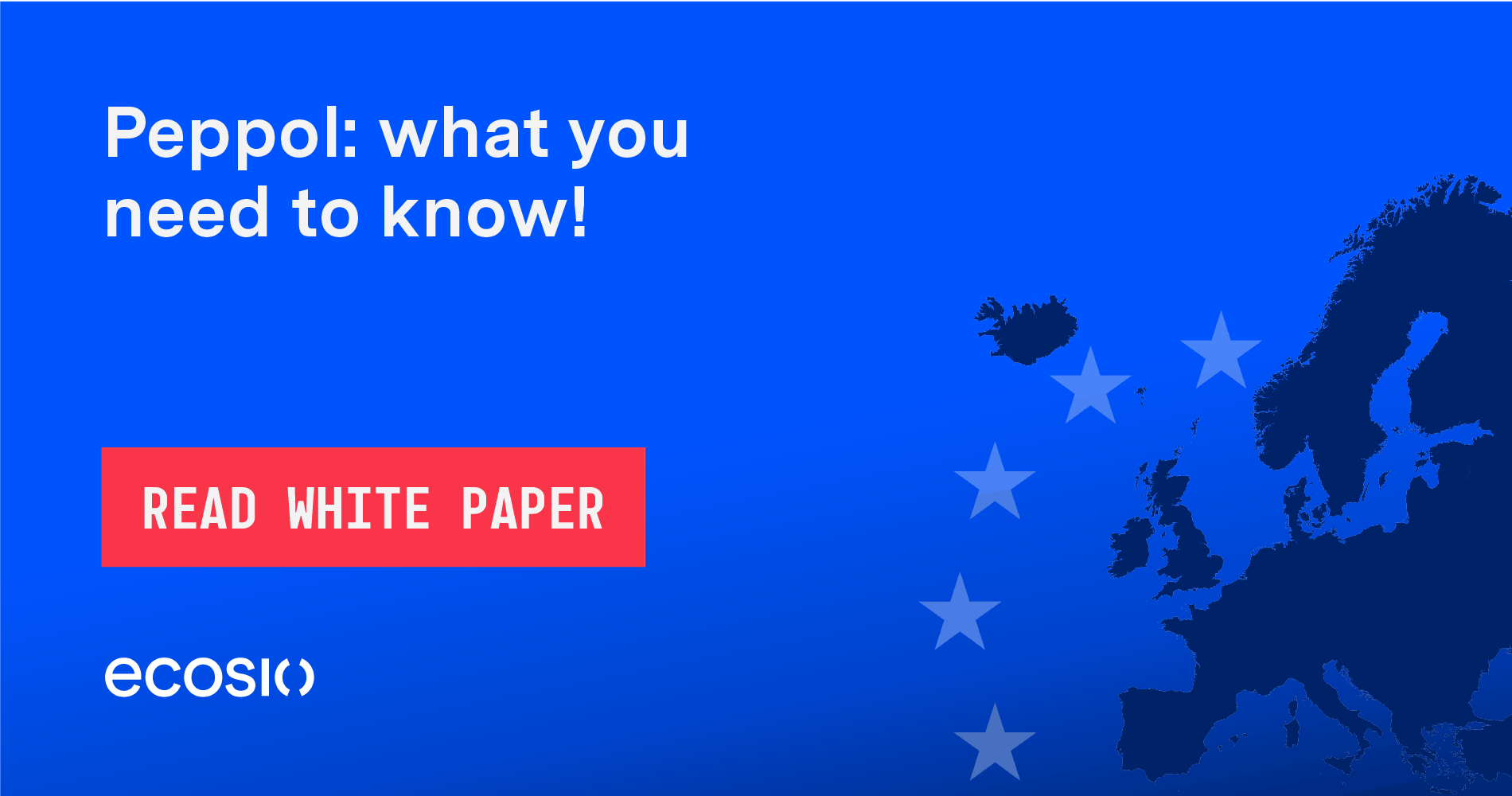 How to connect to Croatian public bodies via Peppol

The access point used by Croatia’s public bodies is the central platform Servis eRačun za državu, which is run by the Croatian government’s Financial Agency (FINA). Suppliers are able to choose from a number of different access point providers (including ecosio).

Once Peppol network access has been achieved, connected businesses can exchange automated messages with any other Peppol provider and all connected companies via a single connection.

The expected format for e-invoices to be sent to Croatian public bodies is OASIS UBL (Universal Business Language) 2.1.

e-invoices sent via Peppol won’t need an electronic signature, but those sent via other methods will require one. Regulations also state that invoices must be archived for a minimum of 11 years.

What about B2B invoices in Croatia?

In addition to handling B2G (business to government) invoices, FINA also has a second platform for B2B transactions. For these transactions the expected format is UBL 2.1 based on Peppol BIS 3.0. Cross Industry Invoice (CII) is not supported.

At present it is not mandatory to send structured electronic invoices for all B2B transactions in Croatia. However, as countries seek to implement better tax reporting systems, it is likely that such legislation isn’t too far away. Italy is a good example; there B2B invoicing has been mandatory since 1 January 2019. Other countries are likely to follow.

Regardless, given the benefits of being able to exchange messages via Peppol, it makes sense for businesses to gain access to the Peppol network and facilitate cost-saving document exchange automation sooner rather than later…

As covered in detail in our white paper on the subject, automated message exchange can bring large cost and time savings, particularly over the long term.

For a large number of businesses the requirement to exchange documents via Peppol will be the first time they dip their toes into automated document exchange. As such, gaining Peppol access will allow them to experience all the savings associated with electronic data interchange (EDI) for the first time.

Further, document exchange via Peppol is even more beneficial to businesses than exchanges using regular EDI. This is due to the fact that Peppol has agreed file formats and transmission methods, whereas with traditional EDI there are many different standards and methods. Therefore, whilst regular EDI requires considerable effort and expertise to connect to each new partner, little work is necessary to connect to new Peppol-enabled partners. This results in a considerable reduction in onboarding and maintenance costs moving forward.

Benefits at a glance

For those interested in learning more about how Peppol works and what you need to do to get connected, our white paper on this subject can be found here.

Alternatively, if you would like more detailed information on how your business can begin to experience the benefits of Peppol, please get in touch. We’re always happy to give advice based on your specific situation!

We use cookies to ensure that we give you the best experience on our website. You can customize your preferences by clicking on Cookie Settings
read moreOK

LinkedIn uses cookies so as to provide you with a personalised user experience and show you relevant content.

Used to send data to Google Analytics about the visitor's device and behaviour. Tracks the visitor across devices and marketing channels.

Used by Facebook to display a range of promotional products, such as third-party real-time bidding.

Used to identify users visiting the website via Google Ads.

Pardot uses cookies to make your interactions with our website more meaningful. They help us better understand what you’re looking for, so we can tailor content for you