Before detailing how to connect SAP to Peppol, it is first necessary to look at XRechnung…

Things are getting serious as of November 27th 2018 – all federal ministries and constitutional bodies In Germany must be able to accept electronic invoices according to the XRechnung standard. All the other federal organisations will follow up a year later, on November 27th 2019, and will also have to accept XRechnung. Suppliers, on the other hand, will still be able to send paper and PDF invoices.

Paper invoices will then completely disappear from November 27th 2020 in this sector – suppliers will henceforth have to generate all their invoices electronically in XRechnung format for the public bodies. Paper invoices will not be accepted anymore after that. Therefore, it is time for any supplier of a federal agency to deal with the topic of XRechnung.

But what exactly is an XRechnung?

The XRechnung was developed in Germany as part of the implementation of the EU directive 2014/55/EU. This EU directive dictates the creation of an individual European standard for the core elements of an electronic invoice. The public bodies of the EU-member states will have to accept electronic invoices which comply with this European standard. The EU directive has already become reality – the EU-member states already developed the standard: today it is known as the EU invoice standard EN 16931.

Since every EU member state will have specific requirements for electronic invoices, the need arose to develop so called Core Invoice Usage Specifications (CIUS). As a matter of fact, the XRechnung is a CIUS for Germany, even though it is not the only CIUS in Germany. The specifics of the XRechnung can be consulted on the website for the coordination of IT standards.

From a technical point of view, an XRechnung is an XML file, which complies with the XML schema according to the European standard EN 16931 and further restrictions dictated by the XRechnung. The European Standard EN 16931 provides two types of XML schemas: Universal Business Language (UBL) and UN/CEFACT Cross Industry Invoice (CII).

For SAP systems this represents the first challenge. SAP systems are unable to populate UBL or CII data on the SD side (Sales and Distribution) out of the box. 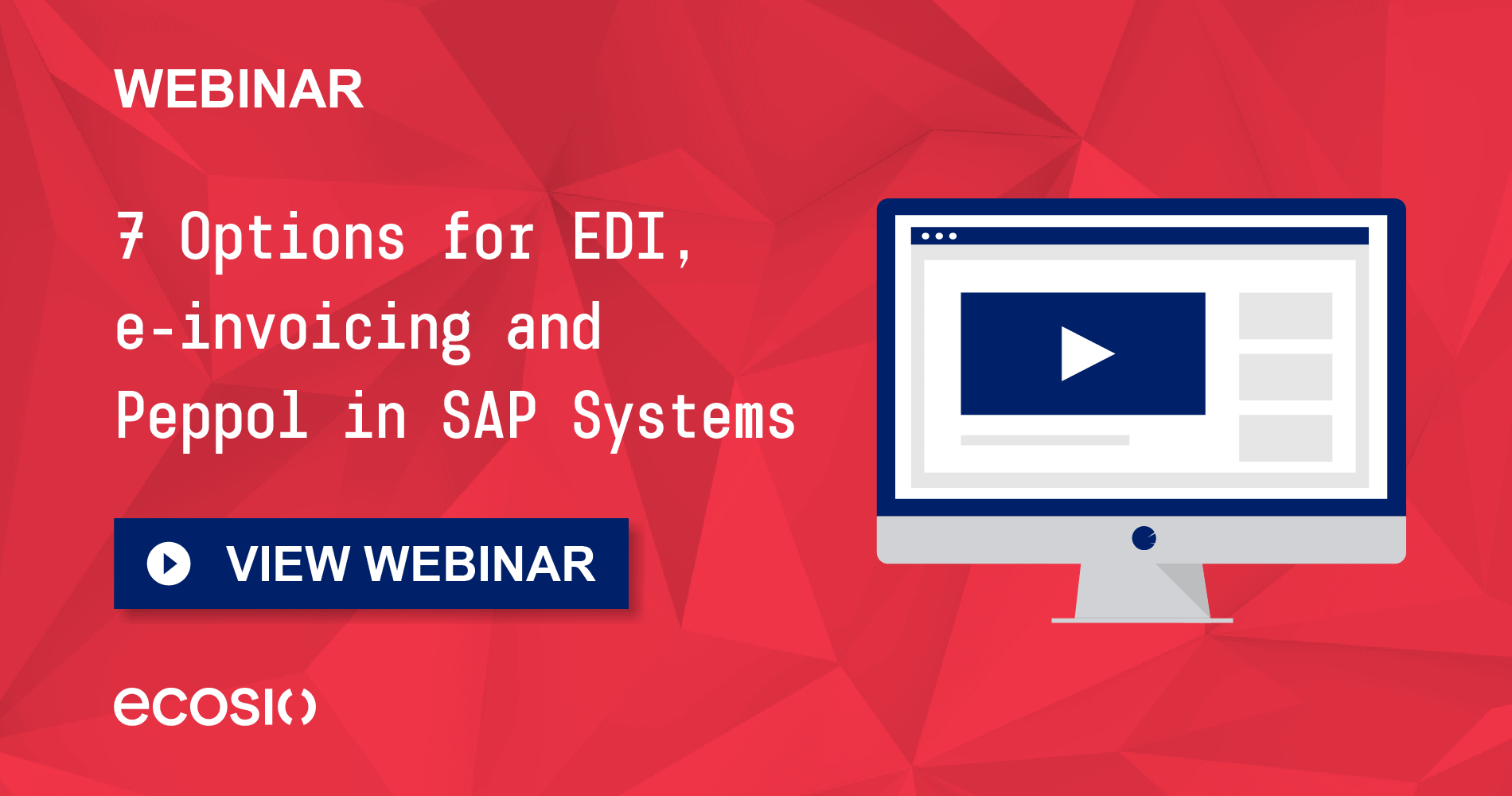 Further to define a uniform e-invoicing standard, the protocol to be used to send e-invoices to the authorities must also be determined. In theory one could use the whole spectrum of communication protocols, the same way they are being used for B2B transactions, such as SFTP, AS2, X400 etc. This would result in the authorities having to support all those protocols, including the disadvantages each one may represent.

In order to define a uniform standard, the legislator had to fall back on a rather popular standard in the B2G area within the EU: Peppol. Peppol is the acronym for Pan-European Public Procurement OnLine and was developed by the European Union. Its goal is to simplify the communication between suppliers and public bodies for e-procurement.

Technically, Peppol is the definition of a delivery infrastructure for electronic documents.

In order to send and receive via Peppol, one must be equipped with a Peppol Access Point. Since it might prove quite costly from a technical and organisational point of view to create and register an Access Point, most companies will resort to a specialised service provider, through which one can reach the Peppol network.

How to connect SAP to Peppol

The illustration below shows a connection between an SAP System and Peppol with the help of ecosio. ecosio is a certified Peppol Access Point Provider and can therefore send and receive documents to and from the Peppol network.

SAP connection to Peppol (click for a bigger picture

The connection between the SAP system and ecosio occurs thanks to the EPO Connector. The EPO Connector is a middleware solution for SAP and entirely programmed in ABAP. The solution is SAP certified for all SAP versions from 4.6 and is thereby also compatible with S/4HANA. IDoc documents can be sent and received through the EPO Connector to the ecosio MessagingHub. For example, one can use INVOIC02 IDocs for e-invoices.

Should an SAP middleware such as SAP PI or SAP PO be the current solution, those components can also be used to connect to the ecosio MessagingHub. Additionally, SFTP solutions can be used for the connection as well. The SFTP server can either be hosted by ecosio or by the company.

After recieving the IDocs, ecosio will determine the sender, receiver and document type, and will convert the message to the correct target format, to finally transmit it to the receiver. If Peppol is in use, the delivery to the receiver’s Peppol Access Point will take place via the PEPPOL network, e.g. to German authorities or a company, which uses Peppol.

This allows for e-invoices to be sent via Peppol straight from SAP and be compliant with the XRechnung standard.

The communication is also possible the other way. For example, purchase orders can also be received over the Peppol network.

Do you have any questions?

Do you have further questions about XRechnung or how to connect SAP to Peppol? Feel free to contact us, we would love to help you!

Subjects
E-invoicing
Peppol
SAP ERP
SFTP
UBL
XML
XRechnung
Stay up to date with the latest news on EDI, B2B integration and e-invoicing Follow us on LinkedIn
Back to overview

Implementing the XRechnung - What to Consider

The XRechnung is becoming mandatory in Germany from the 27th November 2020. Make sure your company is compliant and consider these key steps.